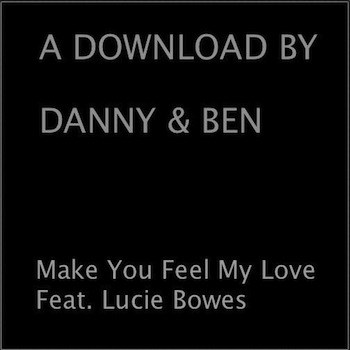 *product may differ to image displayed

Recorded during the Danny Ben first CD sessions, this was originally a version used for rehearsal purposes. Lucie joined us on stage on both nights in London on our first tour in January 2012, and people have been asking for a recording ever since. As we now have an online store, we have no excuse.. We hope you like it.